This post has been in my draft folder for ages - I actually forgot it was there for a while but I finally came back and finished it off.
So, I've been thinking more and more lately about game-play that is engaging but not exactly your traditional idea of "fun". Tim Marsh calls this sort of thing "serious experience" and points out it can be quite a good way of raising awareness and getting people to think about various topics. In terms of the recent competition that I organised for CHI+MED, I was hoping that some of the entries would go in this direction, and it was something I think the winner - Nurse's Dilemma - managed to achieve. I'm probably going to say a bit more about the competition and the judging process at some point but for now I want to focus more on the commercial games I've been playing and how they've been able to provide compelling game-play that deals with serious topics in different ways.

Possibly the first example I came across, quite a while ago now, was Hush (below). Hush was created back in 2007 by USC game design students Jamie Antonisse and Devon Johnson. Set 1994 Rwanda, during a Hutu raid on a Tutsi community but instead of being a soldier, the player takes on the role of "Liliane", a mother trying to hush her child to sleep. If the lullaby falters, the baby begins to cry, and the Hutu soldiers will discover their hiding place. This is a short but tense rhythm game that is effective in conveying a sense of dread - playing it not only affected me on an emotional level but made me want to find out more about the context it was set in. Hush has been described by Jonathan Belman and Mary Flannagan as providing "a viscerally engaging experience of the value of empathy" and critiqued as a vignette by Ian Bogost. 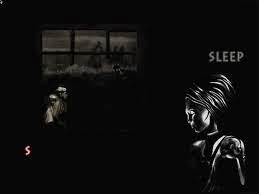 More recently, I played Papers, Please, after downloading in on Steam. This is a rather different sort of game, set in a fictional eastern European country where you play a border control officer. Game-play consists of checking an increasing number of documents and making sure there are no inconsistencies between the information they provide and what people say. It's a difficult game but after you get the hang of the initial mechanics, it's strangely compulsive. At the end of each day you get a summary screen where you realise your wages don't exactly go very far (see below). So before you know it, you start to appreciate the "I was only following orders’ defence” as you struggle to provide for your family. There is humour here but the intriguing narrative and game mechanics create an experience that got me thinking about another controversial subject matter - immigration, on the side of both the immigrants and border guards! 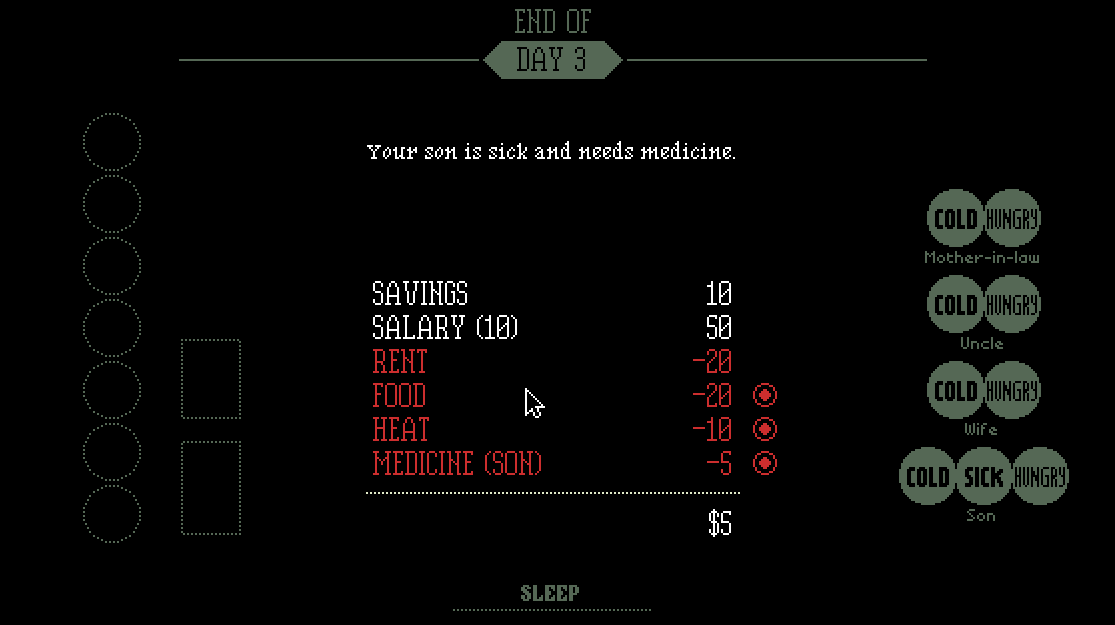 The last game I'm going to mention is Gone Home. There has been some debate over whether this is an actual game or not, but it felt like a game experience to me and one I was definitely engrossed by. You play Kaitlin Greenbriar who returns home one stormy night in the summer of 1995, after a year abroad to find there is no one home. Apart from a cryptic note from her sister Samantha, it's not clear what's happened so all you can do is explore the big old spooky mansion your family moved in while you were away to find out what's been going on. Note: spoiler alert below! 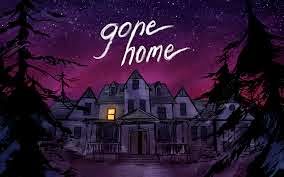 The strength of Gone Home is in it's narrative and I'm a sucker for a mystery that needs solving... Plus, I knew enough about the game to know zombies weren't going to jump out at you or anything. That said, the Fullbright team did a great job of creating a sense that something was about to happen...  I have never come across a game that even attempted to deal with a direct LGBT storyline, let alone one that managed to do it in such a sensitive way. Perhaps I'm biased, but the narrative resonated with me in a personal way that's just not happened when I've been playing a  game before. Playing it made me very glad that there are people out there who are experimenting with games as a medium and tapping into a broad range of human experience.
Posted by Jo Iacovides at 22:51